Moving to Arizona Information and Resources

Arizona is one of the fastest growing states in the country, populated by a vibrant work force attracted to quality jobs and quality of life. The 2010 census reported the state’s population is 6.4 million people with a median age of 35.9 years old.

Arizona offers one of our nation’s lowest costs of doing business due to its low taxes and small state government. Arizona’s overall state and local tax burden ranks ninth in the country, with 8.5 percent of per-capita income going to taxes, according to the Tax Foundation.

Arizona has access to one of the largest concentrations of science and technology students and graduates in the country through its large public universities – Arizona State University, University of Arizona and Northern Arizona University.

[/column]
[column span=”3″ grid=”5″]
Vast canyons. Towering sandstone spires. Untouched forests. From the Grand Canyon and Monument Valley to the White Mountains – featuring the charming towns of Pinetop-Lakeside and Show Low, Northern Arizona dazzles at every turn – and offers countless ways to excite your spirit and indulge your soul. . . 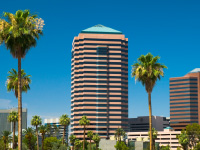 [/column]
[column span=”3″ grid=”5″]
The greater Phoenix area’s sunny climate, vibrant lifestyle and prospering business community attract thousands of visitors, new residents and entrepreneurs annually. The nation’s sixth-largest city, Phoenix continues to grow and remains a desirable destination for travelers and dreamers alike. If you’re looking to relocate, establish a business here or just interested in finding out more about the Valley of the Sun, . . . 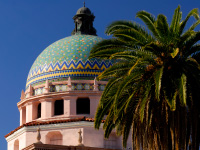 [/column]
[column span=”3″ grid=”5″]
Southern Arizona is home to Tucson, one of the state’s largest cities and a bastion of culture and entertainment. Due to the state’s proximity to Mexico, culture from south of the border has an influence on Southern Arizona, resulting in a rich community diversity.